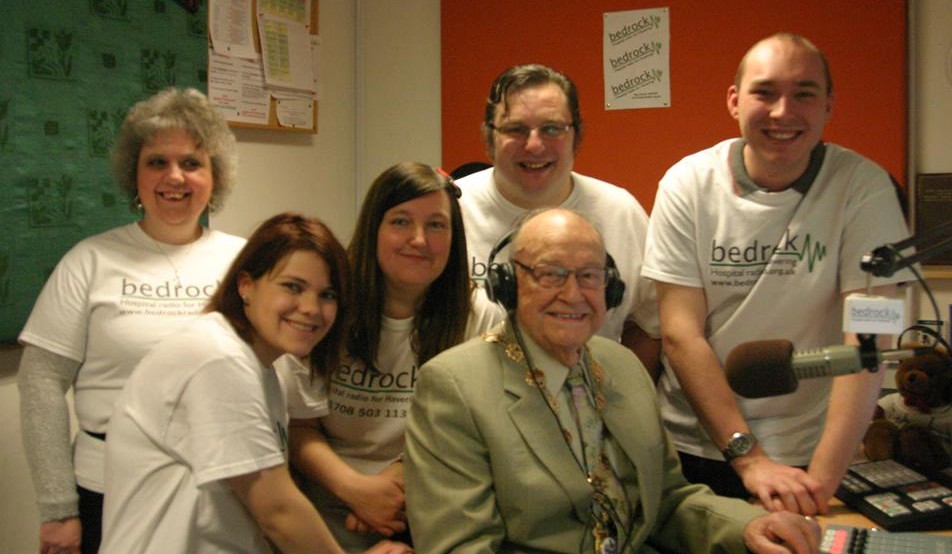 On Sunday 16th February Bedrock Hospital Radio launched their web-stream, helping mark it’s 50th anniversary. Putting it more into the public eye, allowing the ‘outside world’ (outside the Hospital at least) to listen. with press coverage and reports on local radio, we where shouting about what we where doing to the local area.
and during my Sunday Brunch, we launched the Bedrock Web stream with the Mayor of Havering.
On the wards and On the Web! There’s some great listen again material over at www.bedrockraido.org.uk